The biggest UFO story you have never heard of happened over thirty years ago near Aberystwyth in the UK.

One morning a farmer awakes to find his field covered in strange metallic debris, at first looking rather like crumpled tin foil. Assuming a plane had crashed the farmer called authorities and an air-force team investigated the material.

You would be forgiven for thinking that we are talking about the legendary flying saucer crash alleged to have occurred at Roswell, New Mexico back in 1947. This strange event occurred at Llanilar, near Aberystwyth.

The farmer, Eurwel Evans, called the police to report a suspected aircraft crash. The RAF (Royal Air Force) aircraft crash investigation team that arrived on site was greeted by metallic debris scattered across four fields. They informed Mr Evans that the strange green-grey honeycombed metal pieces were not from any known aircraft and that no RAF planes had been reported lost.

Soon after the RAF team another party arrived, this time a team of both uniformed and plain clothes personnel from the MOD (Ministry of Defence). The MOD were far more through than the air force investigators, first setting up a cordon with surrounding flood lights. The team then began to collect every single piece of the material, ranging from chunks that were 6-foot across to tiny fragments. Eurwel described the scene as “something out of a James Bond movie”.

The Ministry of Defence investigation gave only one statement on the case, two weeks later, in which they said that the material had not been identified and that no RAF or private aircraft had been lost in the area. The MOD also clarified that no craft had been detected in the area on any radar.

Despite the incredible nature of this event it did not become a famous story as did the US equivalent in Roswell, New Mexico. The seeming crash of a UFO found its way into only one newspaper, The Express, which ran a story titled ‘Strange debris out of the sky’ on January 23rd, 1983.

By a twist of luck, a dedicated UFO researcher based on North Wales, Gary Rowe, read the article in the Express. He immediately got a team of investigators organised and headed down to Llanilar. With the permission of the farmer, Mr Evans, the ufologists scoured his fields for any signs of the strange material. It appeared the MOD had done an excellent job of recovering the debris, not a scrap could be found.

The team of researchers noticed that the tops of some of the trees had been damaged in a nearby copse, they turned their attention to that area instead. This would prove to be a fortunate decision as they soon started to find pieces of the honeycombed metallic debris.

Gary Rowe would later send samples off for testing with a professional metallurgist. The results were intriguing, the metal could not be accurately identified but was an unknown alloy similar in properties to duralumin. Duralumin itself is a lightweight material like aluminium that is used in the manufacture of aircraft. There appeared to be nothing identical to the material known anywhere on Earth. The green paint-like compound covering the metal’s surface could not be identified.

Rowe planned to follow up with a second expedition to the copse of trees but was informed by Mr Evans that the forestry commission was cutting them down and taking everything away. Apparently even the soil was being scooped up for transport. Rowe made enquiries to the Forestry Commission, asking why a body dedicated to preserving forests would be destroying woodland. He was told that the activity was due to storm damage. He pressed the matter, asking whether it as normal to do something like this because of storm damage. The man on the phone told him it was not normal but that this was what he had been instructed to say!

It perhaps will come as no surprise to learn that Gary Rowe was later visited by mysterious men in suits who requested he turn over all materials his team had recovered. Fortunately, Mr Rowe is no fool, he informed the men that he had already distributed dozens of fragments between his contacts across the UK.

Rowe has given instructions that should anything happen to him or his recovered debris these people should contact the media and use their pieces as evidence of what had happened. That was the last he saw of the men in suits, though he claims his post was intercepted and opened for many weeks afterwards.

The UFO incident at Llanilar is potentially the most important event of its kind, it has all the elements of the Roswell case but with one important difference – we still have the physical debris available for study!

Important notice: For safety reasons Gary Rowe does not store the anomalous debris at his home at any time, it is kept in a secure facility with a number of measure in place to ensure that it is not stolen.

Presentation by Gary Rowe to SUFON with this writer present.

Strange debris out of the sky – The Express, January 1983 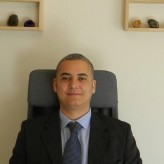 Previous StoryTom DeLonge, Bob Lazar and the TTSA ‘Read Between the Lines’ Adventure Game
Next StoryA Luminous Extraterrestrial Geometric Message on the Surface of Ceres